10 Zoos families must visit this year! #7 is our favorite (hint: marching penguins!) 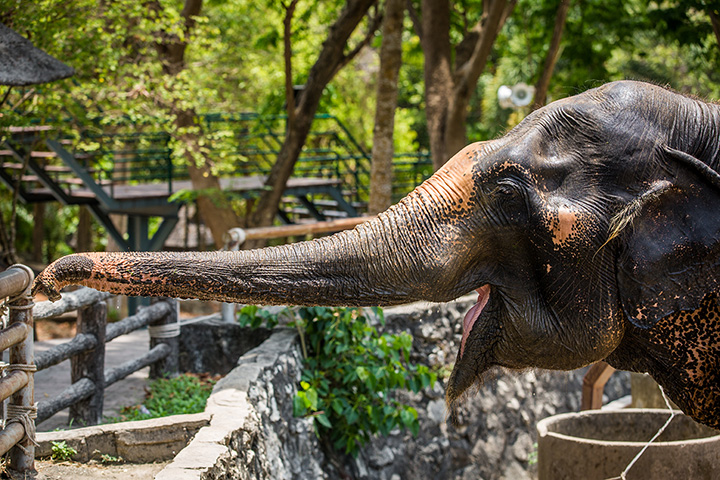 Animals have always held a fascination for people, especially wild animals from foreign locales. In ancient times, royal families cultivated animal menageries as a symbol of their wealth or for the viewing pleasure of their entourage. As our understanding of animals grew, so did our curiosity to learn more and zoos became places where animals were studied and used in scientific research.

The term zoo is short for zoological park or garden, which relates to the study of animals, but puts people in mind of animals in cages. Modern zoos are places where spaces are designed so animals can roam free and where efforts are being made to erase any stigmas of the past and spotlight the role of zoos in conservation, preservation and the protection of animals and their habitats. These zoos are top-rated for the learning experiences they provide and for their commitment to conservation.

The Philadelphia Zoo is the first zoo opened to the public in the United States. It was chartered in 1859, but had it's debut put on hold due to the Civil War, ultimately opening to a packed house of 3,000 visitors on July 1, 1874. The entrance fee of 25 cents for adults and 10 cents for children "held for the next half century." Prices are still affordable, plus you get more for your money, like access to more than 1,300 animals. The core purpose of the Philadelphia Zoo is stated as "connecting people with wildlife and inspiring action for animals and habitats." Some of the most endangered animals have a home in the Rare Animal Conservation Center, made possible by admission, donations and membership fees used to support the work of scientists involved in conservation projects around the world.

The Bronx is a quick train ride away from Manhattan and worth the trip to visit such places as Yankee Stadium, the Bronx Zoo and the New York Botanical Gardens. The Bronx Zoo is one of the largest metropolitan zoos in the world with habitats that emulate conditions for animals in places like the African Plains and Himalaya Highlands and environments for American Bison, Sea Lions, Tigers, and Bears (oh, my!) and the World of Birds. Pay more for the Total Experience tickets if you want unlimited access to the premium activities like the Butterfly Garden, Bug Carousel and 4-D Theater.

The San Diego Zoo is a well-known and loved zoo that is both an animal haven as well as a botanical wonder. More than 1 million plants cover the grounds of the 100-acre park that is home to 4,000 animals representing 800 species. Take a bus, a tram, a guided tour, but make time to see the Scripps Aviary and take the Panda Trek. The San Diego Zoo is celebrating 100 years since its opening in 1916 and also having been voted the #1 Zoo in the World for 2015 by TripAdvisor members.

The National Zoological Park, known as the National Zoo is one of the oldest zoos in the United States, having opened in 1889 and is part of the Smithsonian Institution. The zoo is a refuge for many endangered or threatened species and if something tells you it's all happening at the zoo, you'd be right! Something is happening every day, like a time when you can meet a farm animal or small mammal, or watch an Amazon fish feeding or Elephant training demonstration. One of the many nice things about the National Zoo is that it is free and open 364 days of the year!

The Toledo Zoo is popular for its emphasis on animal encounters and behind-the-scene tours. Visit with the goats and guinea pigs in the Children's Zoo, watch your favorite animals at meal time or take a ride on their 1950s carousel. Educational programs are designed for kids, families, teachers and schools and their award-winning Nature's Neighborhood changes with the seasons to bring people and animals closer together.

The Henry Doorly Zoo & Aquarium is celebrating 25 years of continuous accreditation from the Association of Zoos & Aquariums and they have recently gotten approval to offer refuge to elephants from "drought-stricken Swaziland." Conservation is an important topic at Henry Doorly Zoo and their educational efforts are available for children and adults in the form of camps, classes and clubs. Visit with their more than 1,300 species in environments like the Desert Dome, Madagascar, the Butterfly & Insect Pavilion or America's largest indoor rainforest.

The Cincinnati Zoo & Botanical Garden opened in 1875 and was the second zoo to open in the United States. The gardens are an unique aspect of the experience with native plants and "trees of merit" that surround you, changing with the environment and the season. Special events and encounters like Penguin Days (January 3-March 11) and Zoo Babies (May 1-31) keep the Cincinnati Zoo at the top of the visitor favorites list. They also made the 2015 Top Places to Work list!

The Lincoln Park Zoo may be small at 35 acres, but it is mighty in what it offers to visitors. Their mission is to "connect people with nature by providing a free, family-oriented wildlife experience in the heart of Chicago" and they are also dedicated to advancing conservation efforts. New arrivals at the zoo include a dwarf antelope, an "8-year-old Amur Tiger" and Red Panda Cubs who recently had their first experience with snow. Parents can sign their preschool age children up for sing alongs and a "Learn, Explore and Play" series.

Meet a Rhino, welcome a Gorilla or watch the Flamingos on a webcam. These are just a few of the ways to engage with the animals at the Houston Zoo. Their "featured creatures" like baby Nyala (members of the antelope family) baby giraffes and Jack the goat will make you smile and you can even hire one of their animals to paint you a picture. The two elephants are said to have their own style, but whatever they come up with a 16" x 20" custom canvas will cost you $250.

The Denver Zoo is proud of its tradition of environmental conservation. Since 1996 they have "provided staff and funding to support more than 600 projects in the wild and at the zoo." One of their operating directives is ensure sustainability and they are committed to "taking positive action to secure a healthy planet for both animals and humans." Their exhibits encourage you to explore animals in realistic environments like Bear Mountain, which is a "national historic landmark built in 1918 and the first naturalistic habitat of its kind in North America" and they have partnered with The Goddard School of Early Childhood Education to provide itineraries to help you take advantage of play-based learning activities.